ACHIEVING BALANCE THROUGH THE ARTS 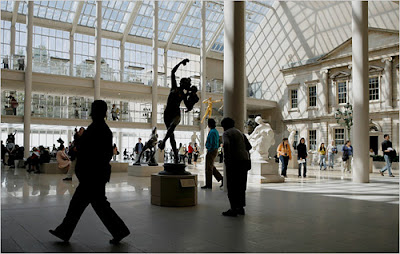 "Our century is the century of art", wrote Thomas Hoving, the editor of Connoisseur and former director of the Metropolitan Museum of Art. "Civilization equates art with eternity." The meaning of the sentence, which is not really a new matter, was bellowed by the great United State and somehow gave a certain astonishment to the worldwide community. Whereas in the days of Ancient Greece, civilization had been comparing art with immortality and so it was believed to be the century of art. The summit of civilization’s gains was marked by the emergence of brilliant artistic achievements, both in the field of literature, art, music, drama, and so forth. People who were uninterested and bare not to appreciate the art, were considered to be in the class of those who were left behind.
Now is the most important momentum in the history of civilization. A period in which technological innovation keep growing remarkably. The community is submerged in the flood of information and craving of knowledge. Economic opportunities are abundant and politic reformation is mind-blowing that it opens unexpected means. An immense, inconceivable culture will emerge from of all a sudden. Acceleration in all joints of life will run more intense. Fomenting the change, broadens the emotions, heightens awareness, and finally forces us to look back to the deepest niche of our souls and our humanity values in disguise.
Amid the storm of innovation which inevitably causing some frictions, certainly contribute to an intensified inner war in ourselves. Leisure time often used to explore the meaning of life for the sake of reaching equilibrium. Confusion needs to be neutralized. Frustrations need to be appeased; spiritual wounds have to be medicated. Philosophy and art is the answer. Philosophy clears the turbidity of mind. Art harmonizes the chaotic feelings. And finally, both of which often can be united like a soul and a body, would be manifested as the God of Diversion who continued to be sought. 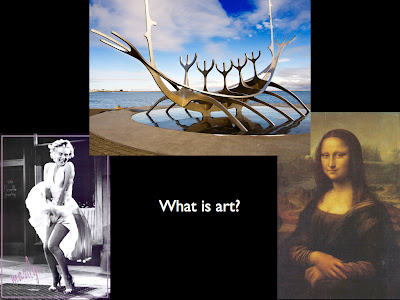 It wouldn’t be an odd that in the last decade, a very significant new wave in the extend of cultural history, showed up as if it never happened before. From New York, Beijing, Frankfurt, Singapore to Brisbane, art museums are starting to come into surface. Various magnificent buildings either belong to government, private, and personal, are established everywhere just to save, maintain, and display the works of art. Visitors flock appreciates it by buying tickets. Auction houses like Christie's and Sotheby's transaction’s value are continued to climb up each day. Great literature books are increasingly produced more and society is more and more motivated to buy them. New authors are vying to make their masterpieces. Swedish Academy and the board of judges on numerous awards like Nobel, Pulitzer and Booker Prize are more difficult to determine who should be selected. Serious music concerts, great plays, high quality colossal movies attract more and more investors to funds their productions. Obsolete opinions from traders, who said that the heavier a work of art the less it would be desirable, is not applicable anymore. Now, the worldwide community needs more than just easy entertainment, but more to intellectual entertainment that is able to give enlightenment to the soul. This can be seen even on the works of pop, that there are efforts to condense the contents with breakthrough ideas, and strict consideration of aesthetic performed and in-depth contemplation included. Harry Potter novels by JK Rowling and The Da Vinci Code by Dan Brown, film Get Married Hanung Bramantyo works, paintings of Wara Anindyah would merely become some examples. Seemingly, the higher the intellectual level of society, the higher the level of demand in consuming the quality of a work of art. Only ailed people who always take various trashy artwork for granted. Ones who ignore the quality art life are ones who never want to be cured from their ailment.
So what is up in our own country today? Culture and Tourism Minister, JeroWacik, had repeatedly complained about how small the budget given by the government for art. Documentation Center for Literary HB Jassin nearly rotted due to lack of maintenance funds. If the funding for maintenance is just pathetic, where do the development funds go? How many museums in various cities have been transformed into some kind of a haunted house or a nest of mice? How many idealist publishers of quality books are left to ruin? Who’s lost is it? This nation!
Ever heard the government, large corporations, or successful entrepreneurs seek to give a gift of land and house to an artist? For his life to be more comfortable, more competitive, more creative and more able to provide meaningful contribution to the country and nation? Gifts for athletes and politicians are already frequently done because they are considered as the warriors of nation! To the other warriors of nations, like novelists, poets, painters, puppeteers, actors, dancers and songwriters, why can’t they do the same? Art traditions everywhere are left alone to hardly survive. When they actually accomplish something, and then claimed as a result of assistance provided by government agencies. There are numerous art exhibitions held in Yogyakarta throughout the year in various places in the past two years, and almost no collector visited them. Even now in Jogja National Museum, an exhibition to raise funds for Merapi victims are held, and from nearly 500 art-pieces are on display, there was only one artwork that sold to a foreigner from Germany. How sad, only one artwork sold to fund the Merapi victims! One artwork! Despite the fact that there are hundreds of collectors living in the area around Yogyakarta and Merapi. It is said that wealthy collectors are still reluctant to buy local paintings because it was not profitable as an investment. They want to wait for the right moment. Alas, in a distant land, Thomas Hoving said, "The trend of measuring the quality of the work of a painter simply by the number of dollars is sickening!"
Reading poetry cannot be done without the involvement of the heart. Powerful paintings cannot be interpreted with a glance. A life-like statue cannot be seen with eyes closed. The beauty of music is useless if it sounded when we sleep. Catch a comedy show with a toothache is certainly unpleasing. Yes, works of art is not mere worldly materials. There is an unseen force that continues to tingle within itself. Harmony, the beauty of a soul, the energy of the universe and divine nature, are moments frozen in the eternity. When the time is chaotic, it is art to balance it. Great nation is a nation that values ​​the arts. When the joints of a great nation are uneven, the power of art will always put them back in balance.

Click here to see Seruni Bodjawati's recommended art books. Her private library has more than 10,000 books about artists over the centuries from Leonardo da Vinci to Damien Hirst and about Modern Indonesian Art from Raden Saleh to the contemporary period. 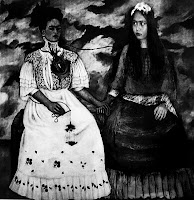